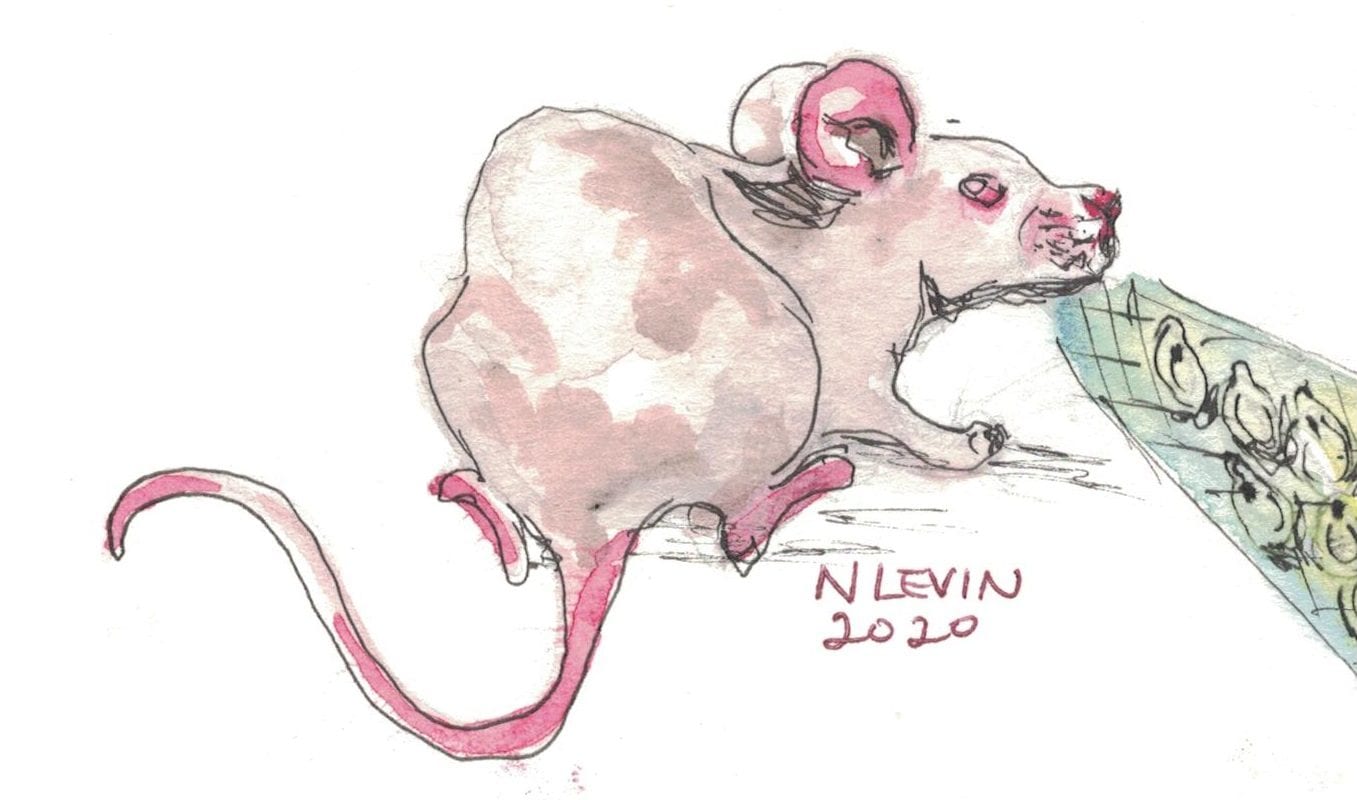 There’s not much that irks me when it comes to critters. I spent 20 years living on a farm populated by buildings that practically predated last century. Those old structures are studier than anything you’ll see built today, but the down side is, they’re usually porous. That means even if you find an entry point and plug it up, determined squatters can easily contort their bodies to get through another tiny opening you didn’t see.

Wildlife abounds in rural areas, but it’s generally pretty easy negotiate a co-existence. Whether it’s outdoors or indoors, you can usually do things to discourage unwanted behavior or redirect travel patterns. Habits like securing food, wiping down surfaces frequently, and discouraging interlopers from camping out in house spaces you frequent become second-nature.

Rats really are smart – and burglars

Granted, there were times I had enough. One involved a rat who decided to call my office attic home. He was a thief, collecting his loot when I wasn’t around. It took me a while of thinking I was losing my mind misplacing things, before realizing I was sharing space with a kleptomaniac.

The last straw was his ceiling antics. He found something round and noisy. I still don’t know what it was. At night while I was trying to sleep, he’d roll it over my head from one end of the building to the other, then scurry to start the game again. Game over.

I didn’t figure critters would be an issue in the suburbs. Yes, the house is more than a century old, so you gain solace knowing the bones are solid while recognizing you’ll never be impermeable. But, I don’t have acres of corn growing nearby, grain in the barn, and all sorts of wonderful landscapes attracting varmints to the property. So, I figured I left the varmint challenge behind with my farm. I was wrong.

The deer in populated areas of this region are more tenacious than any I’ve ever encountered. Gatsby was my right-hand mutt at the farm, and was great about ensuring they stayed out of my garden. Here, the deer don’t care about dogs.

This past week, I was out stabbing pieces of Irish Spring soap along the entire length of the two pea trellises I installed. After trying everything from fencing, motion sensor lights, plants boasted as deer repellants, and yes, dogs too, this is the only thing I’ve found that discourages them.

That is, until the squirrels steal it. I’m still scratching my head over what squirrels may be doing with this soap.

I had a groundhog who kept digging up my azaleas and calla lilies. Fortunately, after putting sticky rat trap paper at the entrance to his hole under my porch, he decided my neighbor’s house was more hospitable. He still comes over and steals my tulip bulbs and taunts Morrie, my easily over-stimulated canine companion, but he’s now spending majority time off my property. I’ll call that a win.

There must be something in the water. Even my mouse is hoarding these days. It used to be I was OK with a coexistence that had him coming and going, mostly in winter and spring respectively. Lately, though, he’s been going too far.

Usually he’ll do things like take tassels off the edges of carpet, steal dog food if I leave it out overnight and deposit occasional signs he’s been out and about. For the most part, though, we’ve left each other alone. That changed with the onset of stay-at-home orders.

Somehow, he too, has decided hoarding is in vogue. Lately, he spends all night emptying my kitchen of everything he can carry and some things he can’t. This includes entire bowls of dog food if I forget to lock it up. He’s dragged off sealed packages from my countertop. He’s gathered seeds, nuts and even cookies foraging through my stash. Packaging doesn’t matter anymore. He just gnaws through it or hauls the entire load to his lair.

This week was the last straw.

I bought a spaghetti squash and spent tons of time and energy sorting through that gooey mess in the center to collect seeds for planting. I usually harvest my own, but didn’t plant any last year. When I couldn’t find commercial seeds, I figured I’d go get some directly from the source. The thing with doing it this way is you need to let the seeds dry. I laid about 50 of them out on a paper towel and went to bed.

This selfish bandit stole Every. Single. One. I was not happy. Fortunately, I still had a container with the seeds I hadn’t sorted out of the goo yet. They weren’t the best, but still viable. So, I went to work getting them set up to dry. This time, though, I folded up the paper towel, put it in a plastic bag, wedged it behind a bowl holding tomatoes and figured they were safe.

The next morning, I awoke to a gnawed plastic bag, shredded paper towel and all the seeds and half the paper towel gone. It looked like he tried to drag the entire paper towel filled with seeds to his den. When it didn’t fit through the hole, he shredded what he had to, took what would fit, then came back and collected every seed left behind.

I’ll be buying another spaghetti squash. After I buy this ungrateful squatter a special treat. I suppose I should be grateful he didn’t screw my doors shut to lock me out like my neighbor’s tenant did. At least not yet. Better not give him any ideas.